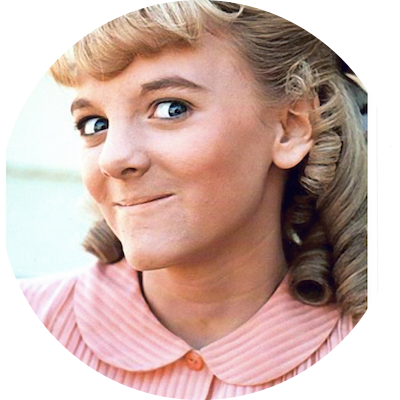 New York Times Best Selling author of “Confessions of A Prairie Bitch: How I Survived Nellie Oleson and Learned to Love Being Hated”, Alison Arngrim is best known to viewers world-wide for her portrayal of the incredibly nasty “Nellie Oleson” on the much loved, long running hit television series "Little House On The Prairie," and continues to amuse audiences through her many film, television, stage and multi-media appearances.

Her one woman show “Confessions of a Prairie Bitch”, which started at Club Fez in New York in 2002, has now become a world-wide phenomenon, having been performed to packed houses in New York, Los Angeles, Boston, Chicago, Philadelphia, Green Bay, San Francisco, Seattle, and in France, where Alison performs entirely in French to standing room only crowds in her all French version titled: “Confessions d’une Garce de La Prairie” and “La Malle aux Tresors de Nellie Oleson.”

As a stand-up comedian, Alison has headlined at nightclubs such as the Laugh Factory, the Comedy Store and the Improv in Los Angeles; as well as the Laurie Beechman Theatre in New York and assorted comedy venues all across the United States and Canada.

She is currently starring in two comedy series pilots: “Life Interrupted”, as the ex-wife of commercial child star Mason Reese, with Erin Murphy, (“Bewitched”) as her new wife and Dawn Wells, (“Gilligan’s Island), as her mother, as well as, “C.P.R. - Child Performers Resurrection Talent Agency”, as an ex-child star gone wrong, trying to save herself and her assorted misfit cohorts by opening a talent agency.

Alison has mocked her status as an “ex-child star” on Jay Leno’s Tonight Show, during their month long parody, “Hollywood Survivor” and continues to be a frequent interview subject on everything from “A&E”, “E! Entertainment”, “TV Land” and “VH-1”, to CNN and the Travel Channel. The TV Land network honored her undying image as TV’s worst bitch, by declaring her the winner of their 2006 award for, “Character Most Desperately In Need Of A Time Out”.

She starred in the heartwarming, gay, Christmas cult classic, “Make the Yuletide Gay”, as the overbearing “Heather Mancuso”. Her other television and film appearances include, “Livin’ the Dream”, “Tinder & Grinder”, “The Bilderberg Club”, “For the Love of May” with Ru Paul and Patricia Neal, and “The Last Place On Earth” with Billy Dee Williams and Phyllis Diller. In 2007, she began her foray into French cinema with the role of “Edith” in the French detective comedy, Jean Pierre Mocky’s “Le Deal”.

Alison’s stage work includes, “The Vagina Monologs”, “Sirena: Queen of the Tango”, "Dear Brutus", "The Wool Gatherer", the French bedroom farce, "In One Bed And Out The Other", Michael Kearns’ “AIDS/US II”, “Rita” in the 2005 GLAAD Award nominated production of “Last Summer At Bluefish Cove”, ”, the somewhat off kilter “Reverend Pat Miass” in “Joni and Gina’s Wedding”, and the Ovation Award Nominated musical-drama, “Flirting with Morty”, as the abusive, trashy and tragic Ray Lee.

In her spare time, she takes tourists on the rollicking comedy outing, “Nasty Nellie’s Tour of Hollywood”, (featured at Dearly Departed Tours), where she simultaneously enlightens and amuses passengers with behind the scenes tales from both Hollywood history and her own life.

Never one to forget her “Prairie” roots, Alison enjoys making appearances several times a year at various “Little House on the Prairie” historical sites for educational events and gatherings of fans. She has been a frequent visitor to the Laura Ingalls Wilder Museum in the real life Walnut Grove, Minnesota as well as Green Bay, Wisconsin’s Heritage Hills, Mumford’s Genesee Country Village, Laura Ingalls Wilder Historic Home and Museum in Mansfield, Missouri and many, many others.

Alison has a long history of activism. In 1986 when her friend and "Little House husband" co-star, Steve Tracy, passed away due to complications of HIV/AIDS, Alison immediately began volunteering at AIDS Project Los Angeles. Her duties ranged from working on the Southern California AIDS Hotline and the APLA food bank, (APLA's Necessities of Life Program,) to chairing the steering committee of the volunteer speakers bureau and developing “Safer Sex” workshops. She has provided AIDS education to doctors, nurses, prison inmates, service clubs, churches, department stores and schools, written AIDS education articles for the magazines "Frontiers" and "Designers West”, and spent seven years hosting the APLA educational cable television show, "AIDS Vision". In 1992, Joel Wachs presented Alison with a resolution by the Los Angeles City Council commending her on her work on behalf of people living with HIV and AIDS.

From 1989 through 1993 she served as Program Manager at Tuesday's Child, an organization assisting children and families affected by HIV and AIDS. From 1989 through 2003 she served as both hostess and producer for the comedy stage at the AIDS Project Los Angeles Annual Summer Party, (on the backlot of Universal Studios), where through an evening of raucous entertainment, featuring name comedians, she helped to raise hundreds of thousands of dollars for people living with HIV.

She currently serves as California Chair, National Spokesperson and Founding Board Member on the National Advisory Board of The National Association to Protect Children, or PROTECT.org, fighting to give children a legal and political voice in the war against child abuse. As an activist for the improvement of child protection laws, she has spoken before the California Senate and worked on legislative and political campaigns in several states, including Virginia and New York, in addition to PROTECT’s work on federal legislation in Washington, D.C.

She has appeared on numerous television news programs discussing the legal and political issues surrounding child sexual abuse and exploitation. She came forward to tell the world about the sexual abuse she suffered in her own life, during her 2004 interview on Larry King Live.

She continues to be interviewed on this and other topics on Nancy Grace, CNN’s Showbiz Tonight, The Insider, Court TV, and Bill O’Reilly’sThe Factor.

Alison currently lives somewhere in the wilds of Tujunga with her husband of over twenty years, musician Bob Schoonover, (from the rock and roll band “Catahoula”) and their evil cat, Clarice.Â She takes pride in the fact that so many people enjoyed hating her as a girl and is more than happy to give them the opportunity to do so in the future.